Subtitle: A 25th Anniversary Gift from the Board of the Friends of the Beach Museum of Art 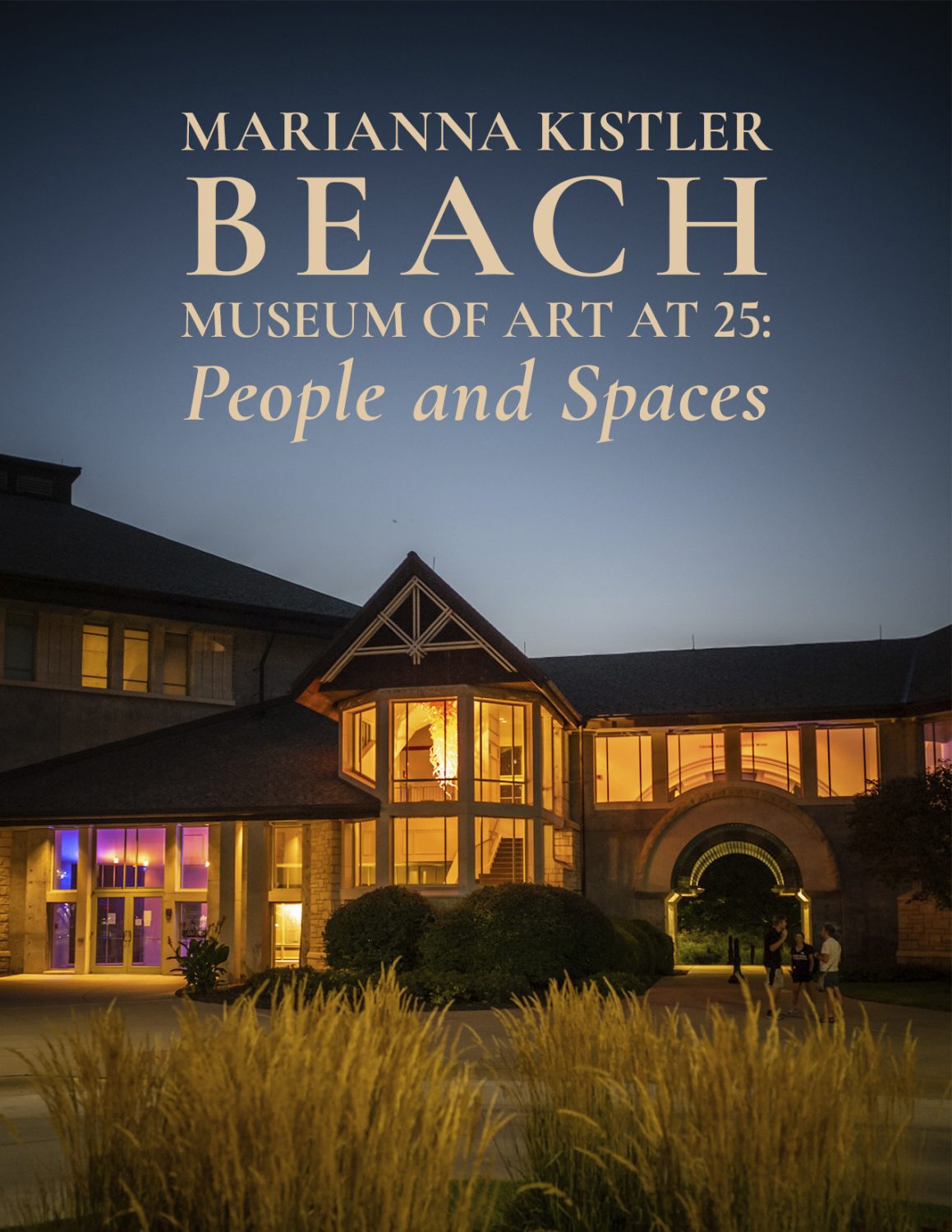 Book Description: The e-book MARIANNA KISTLER BEACH MUSEUM OF ART: PEOPLE AND SPACES was created by the Board of the Friends of the Beach Museum of Art and published by New Prairie Press of Kansas State University in 2021. The purpose of the book is to celebrate the 25th anniversary of the art museum’s opening on the K-State campus in October 1996. It includes articles about the people who are honored by named spaces in the museum. Their contributions allowed the museum to become a reality, including an addition to the building that opened in 2007. When Jon Wefald became president of K-State in 1986, the university was the only institution in the Big 8 Conference without an art museum. First Lady Ruth Ann Wefald took the lead in obtaining the supporters and funds to establish a home for the institution’s impressive art collection. The most notable contribution came from Ross and Marianna Kistler Beach whose generous financial support made the building possible. In 1991 they provided the lead gift for an art museum that would be named in honor of Marianna to commemorate the couple’s 50th wedding anniversary. After the book’s introduction by Linda Duke, the museum’s executive director, Ruth Ann summarizes the difficult journey to establish an art museum. It is followed by an account of Marianna’s many accomplishments. The remainder of the publication contains 23 articles — written by board members of the Friends of the Beach Museum of Art — devoted to the people for whom spaces in the building are named. Photographs are included of those who are honored and spaces in the building including galleries, educational wing, theater, offices, and work and storage locations. The diverse group of people and their contributions have made the museum what it has become during its 25 years — a vibrant place for the collecting, studying, caring for, and presenting the visual art of Kansas and the region. Editors of the e-book are Anthony R. Crawford, Marla Day, Martha Scott, and Marlene VerBrugge, board members of the Friends of the Beach Museum of Art.