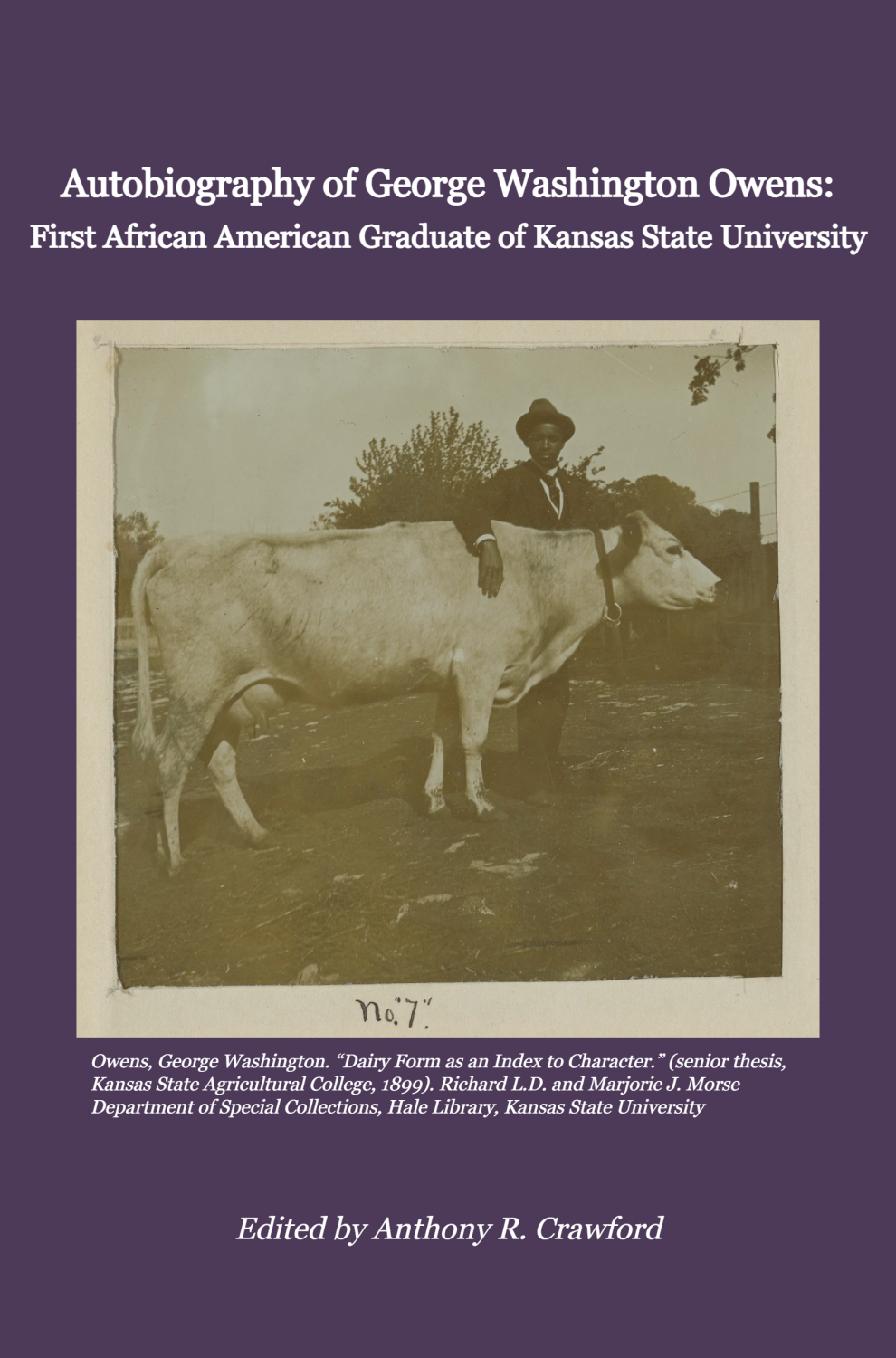 Book Description: George Washington Owens was the son of former slaves who migrated to Kansas in the early 1870s to find free land, finally settling in Wabaunsee County, Kansas, near Alma. It was there that he was born in 1875. In his handwritten autobiography, Owens chronicles the difficulties and successes of working hard growing up on the plains and as a student at District School #3 of Alma, and then at Kansas State Agricultural College. After learning that no African American had graduated from KSAC (now Kansas State University), “he resolved to be the first.” He did so, graduating in 1899. Owens continues by describing how he was recruited to Tuskegee Institute in Alabama to work under Booker T. Washington and George Washington Carver, and the methods he used as head of the dairy herd. While at Tuskegee, Owens recalls the marriage to his wife, Waddie L. Hill, a graduate of Clark University, and the successes of their three children. In 1908 his accomplishments at Tuskegee led Owens to becoming a faculty member at Virginia Normal and Industrial Institute (Virginia State University) where he distinguished himself as head of the agricultural program and a leader in vocational agriculture in the South. Owens recorded his life five years before his death in 1950. Ana Elnora Owens, daughter of George and Waddie Owens, donated the autobiography, photographs, and other documents, to the Richard L.D. and Marjorie J. Morse Department of Special Collections, Hale Library, in 1978.